About calories and carbohydrates

During my 4 years of preparation for the Tour Divide I’ve read tons of stuff and every time nutrition was a topic everybody was talking about calories, calories and once again calories. Of course, if you don’t wanna look like as thin as a rake after one week calories are important on the Divide, but much more important are carbohydrates. Without carbohydrates your legs are always done. That was what I suffered from on more than 60% of the days. And done legs have a direct impact to your mental power. Some math's: Per pound load on your bike you need 4 up to 5 Watt more power. A fully loaded bike what has a weight of about 42 lbs instead of 22 lbs needs about 100W more power in addition to the 100W that you need for your 22 lbs bike anyway. 200W on flat, paved terrain in optimal conditions is the basic performance everyone has to accomplish. Accomplishing 300W what equates an uphill gradient from about 6% with our full loaded bike requires 3oz (90g) carbohydrates or two energy gel packs per hour.
Decent sources for carbohydrates are potatoes, rice or pasta (noodles). Unfortunately the classical food on the Divide is fat but very poor at carbohydrates. In small towns there is often just one restaurant and the classical card reflects nothing else like burgers in all kinds of style. If you order a baked potato you get instant mashed potatoes formed like a potato (happened to me in ). If, after a 140 mile day, you can just choose between Cheeseburger with fries or fried chicken breast with fries and the next day you have to accomplish 120 miles plus and a lot of climbing with this spare food you exactly know what the day gonna be. Like the five times I got pasta I felt always better the next day. Climbing was a treat and not a torture. Still a mystery and an unanswered question to me: how are the guys in front of the race dealing with the lack of carbohydrates? Or is it just a matter of training? Maybe I made the mistake and didn’t train with gas station food at home.
I didn't have to be a fortune teller to see the disaster coming and would struggle with the lack of carbohydrates during the race. To cover at least a minimum of my daily demand I used PowerBar gel packs. For the mix with water I had energy powder from Xenofit called competition and mineral energy, overall 3lbs (1,5Kg) and a huge weight and space penalty at the beginning of the event. Normally the amount is covering the need for 4 days, but I had stretched it to 13 days, until Rawlins. In Rawlins I expected a parcel that I had sent 3 weeks prior to the race to the local post office with the same amount of energy nutrition for the rest of the race. But due to my permanent empty legs and the lack of carbohydrates I had used all the stuff up within the first few days after Rawlins.
Extremely tough were those days without breakfast. And there were some of them, just boosted by having no decent dinner the evening before or getting no breakfast even after some hours in the saddle. Going to bed or starting the day with energy or corn bars, some nuts and the dishwater in your bladder is simply frustrating. A lot of discipline is necessary for a motel sleeper like me not to wait until breakfast or till the first café opened its doors, especially in the north where it’s quite cold in the morning. The nights I camped stressed my legs more than in a real bed. Every time I had a camp my legs felt like concrete the next morning what the best nutrition was not able to compensate during the day. Those days were predestined psychological days where I fought tooth and nail to accomplish the climbs.
First in northern I discovered the astonishing effect of these small bottles called “5 hours energy” that were available at every gas station and I had been toting around for some days. From that point on I used this boosting stuff just in an "emergency" case. Ok, almost every day was a so called emergency case, but I really used the bottles when I was badly off or during a night ride to avoid falling off the bike. I also figured out that without a decent meal the effect was limited.
Breakfast in case of an very early start what looked every day like the same for me, Kelloggs Frosties in a plastic cup, milk or Nesquick chocolate, sandwiches, yoghurt (if available), cold coffee from Starbucks in a glass bottle, fruits. And for the day: chocolate bars like Kit-Kat or Snickers for the first hour (otherwise it was melting away), Oreo cookies, PowerBar energy bars (if available), nuts in all different styles, trail mixes, bananas, small cherry pies, sandwiches and sometimes corn bars. To drink: Water and Gatorade (I liked the white one the most) in the mix. Except for the sandwiches, a miserable sweet mélange that I was really fed up with, literally.
Posted from Mike at 5:41 PM 1 comment:

…most crappy sections of the Tour Divide. Just for insiders and of course depending on the personal fitness, mood and weather of the day.


Where: After Poncha Springs climb toward at 285


Why: Barbecuing on a paved road with an inconvenient gradient and a lot of traffic.


Where: Section after North Bone Creek with skirting until Grassy Lake Reservoir


Why: Steep and very bumpy uphill's. Difficult to ride.


Where: After the 30 mile old rail track.


Why: Up to 4 inches of deep and loose grit. Only ridable with speed and a lot of water.


Why: Simply steep with some walking sections.


Why: Endless up’s and down’s with no real decent


Why: Long climb with an absolutely sucking hiking section over wet roots and mud. Similar like climbing a vertical wall. Elevation profile looks like somebody used the cable car.


Where: Rawlins until Middlewood Hills


Why: Hot and dusty when sunny. Long stretched climbs in a barren landscape.
3rd place:


Why: Just an exception, because normally not part of the original route and due to the flooding impassable, actually.


Where: State line until Brazos Ridge


Why: Rude, bumpy and partly extremely washed out road with sharp rocks. Most of the uphill's are not ridable.


And the winner is…


Where: Lava Mountain Trail between Helena and


Why: Rude, bumpy, partly steep and washed out trail covered with a lot of roots. Unridable when wet. Even with an unloaded bike a challenge.
Posted from Mike at 9:48 PM 1 comment:

Barin dropped me off at around 7:00 pm. The airport was like a morgue, but fortunately the counters for the car rental were still open.
What you have got to know, renting a Mid Size SUV in the from with all the trimmings costs about $150 for three days.
Now I stepped directly to the Budget counter, because usually Budget doesn’t charge any one way fees (if I book the car from ).
The charmless person at the counter gave me an over all price of $605 that included a one way fee of $150. No, I didn’t want to buy the car, just rent. I negotiated down the price to $510, but even this was too much for me. I told the guy that I now would try my luck at one of the competitors. He was not very amused about that.
Normally on my trips through the States I always go with on the road. The counter was at the opposite end of the hall and two guys were already making some jokes together with the lady behind the counter. The atmosphere was relaxed, already and as usual I had to tell the two guys my human history.
To shorten the story after a phone call with her boss I got the car for 415 bucks. Not a bargain at all but obviously, my flawless features, tired eyes, outfit like a beat-up bum and my fantastic body after 25 days on the trail with curves in all right places made me irresistible. :-)
I packed my bike into the car and drove until with a stop over at Dennis.
I stayed the night in and after a more than a standard motel breakfast I headed on to Vegas.
I just was wondering why in the it was possible to go with 60 mi per hour over a junction with (green) traffic lights as I saw the flashing lights of a police car in my rear view mirror.


Conversation:
Officer: What have you done wrong?

Officer: How fast you were going?

Officer: How fast you may go?

Officer: Yes, there was!

The two days in Vegas were characterised by don’t running out of money and get the things in order for my fly back to . Relax and enjoy looks different. But the positive aspect – no further obstacles for the rest of my journey!

Posted from Mike at 7:25 PM No comments: 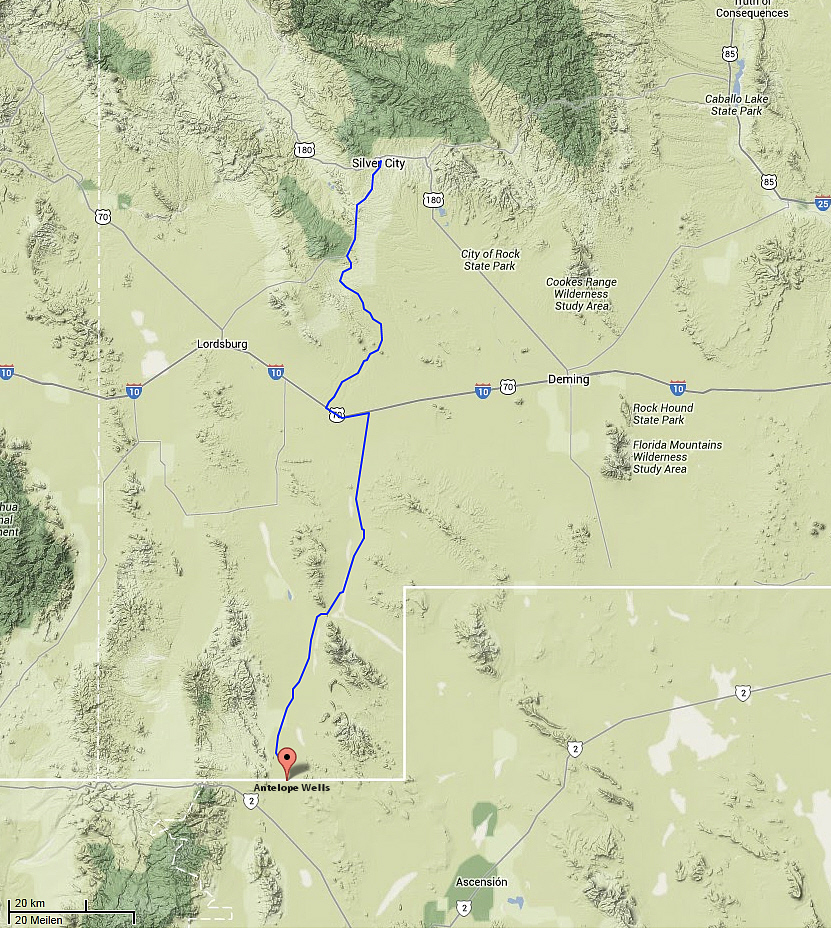 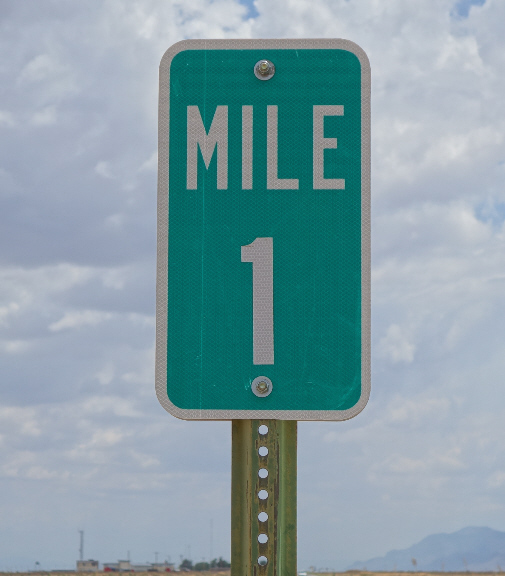 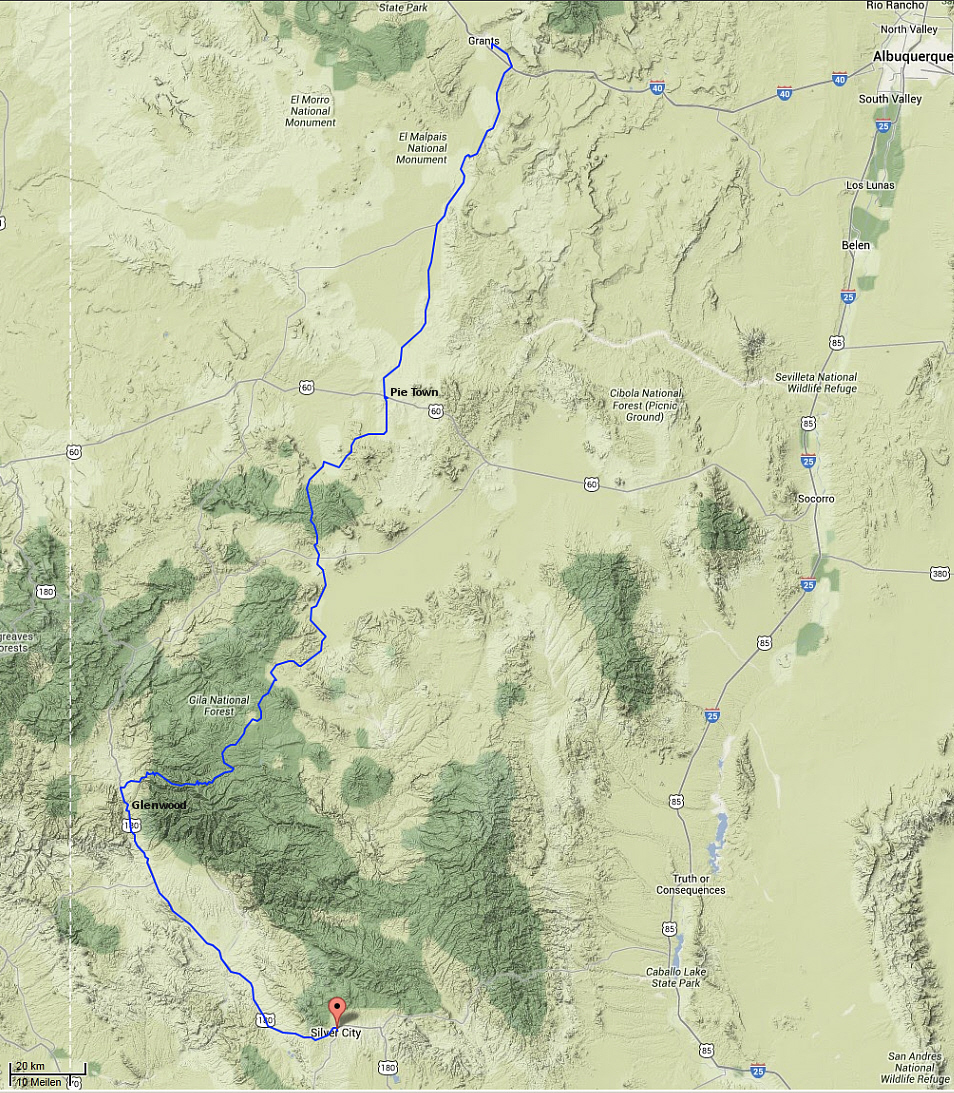 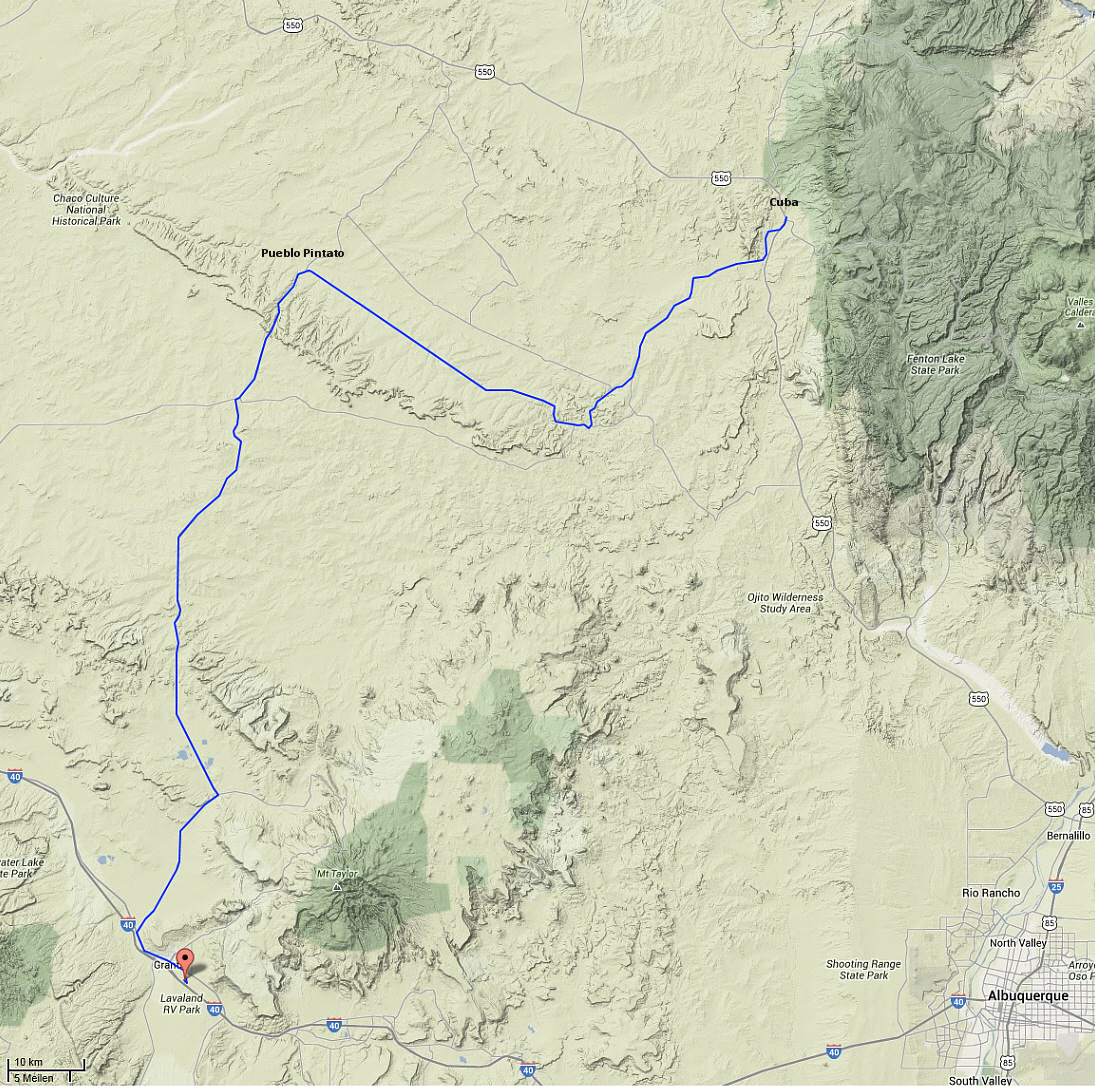